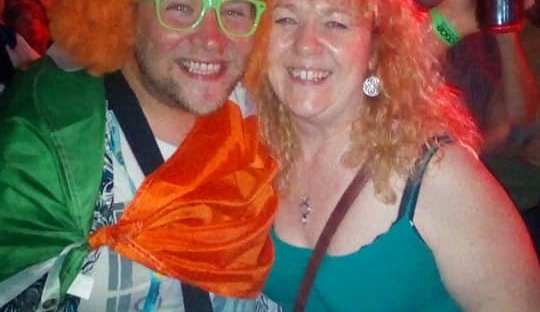 The man on the left is from Poland, living in England, supporting Ireland in Lisbon at the Eurovision. Poland was not in the semi-final competition and his best friend is Irish so he chose to put his flag and wig on to support Ireland. Every year he picks a different country and every year, no matter who wins, he makes loads of friends from all around Europe.

Poland finished 2nd in 1994 and did not feature since.

Ireland won it 7 times in total, winning it 3 years in a row.

Does Jakub compare the two and get depressed about his country’s success or lack of it?

Does he heck! He gets his passport out like every year and goes to wherever the contest is and joins in the fun.

Coming near the end of a year doing a big bucket list thing (Creative Writing Masters in Trinity), I am ever conscious of how much or little I have got published. And how old I am compared to many of my peers.

And how heavy I am. And how broke I am after a year in college. And how disorganized my filing system is compared to everyone else.

Recently I had the opportunity to read some poetry at a recent Women Wit & Wisdom event organized by the indomitable Yvonne O’Reilly in Bewley’s Cafe.  ((https://twitter.com/wit_woman)

When I got the gig I was delighted. When Saturday came I was sick with nerves. When the first four acts came on I wanted to leave quietly and run as fast as my legs could carry me down Grafton St roaring “what the fuck was I thinking??”

Each act was polished, perfect, funny, amazing and profound.

Then it was my turn.

I did my thing and nerves aside had a blast.

But I wondered how much easier it would have been if I just focused on each amazing act and decided to take inspiration from them instead of worrying that I would make a hen’s knickers of my lines?

So this week how about you give yourself a break from the comparison game?

How about you stop yourself every time you see someone you think is slimmer, wealthier, happier, more successful and instead of comparing yourself give them an internal salute and take inspiration from their achievements?

The first makes people happy, the other makes them feel guilty for what they have achieved.

I  have no doubt that some of us writers will make it quicker than others. Some may give up and do something else, and some may take a long time to publish the “book”.

But I also have no doubt that energy encouraging each other and taking pleasure in each other’s success will create much more possibilities than worrying about trying to catch up or outrun someone with a different skill set at a different time in their lives.

That said, it would not be this time of the year without a picture of our Johnny, Ireland’s most successful Eurovision winner EVER, who continues to entertain comparing himself to no one…..inspiring thousands of Eurovision hopefuls  🙂 🙂 🙂 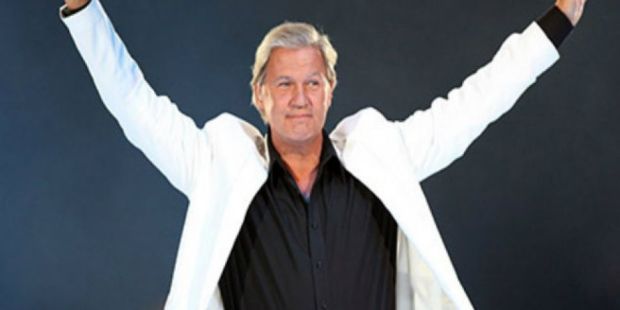