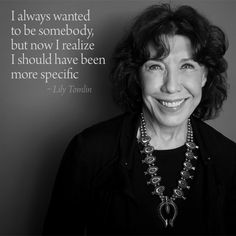 How many times have you heard a sentence starting about what “they” are doing, saying, responsible for?

Do you often complain about “people ” who irritate you or annoy you because they “always” do the same thing?

Do you add fuel to an argument by using the old reliable petrol of “you are always the same” when you are angry, frustrated or just plain fed up with something?

Agatha Christie said ““I often wonder why the whole world is so prone to generalise. Generalisations are seldom if ever true and are usually utterly inaccurate.”
Murder at the Vicarage

Do you ever stop to think about how useful generalisations really are? What exactly are  we saying when we speak in generalizations? Are we staying anything at all or are we just complaining about something vague so that we can feel better but in doing so feeding into a collective sense of hopelessness? Who is the “they” we are talking about? The government? The E.U.? Teenagers? The Youth? The Elderly? The Bankers?  Generalisations allow us to speak in sweeping statement using information based on one or two specific instances.

― Louis de Bernières, says in “Captain Corelli’s Mandolin.”; “I know you have not thought about it. Italians always act without thinking, it’s the glory and the downfall of your civilisation. A German plans a month in advance what his bowel movements will be at Easter, and the British plan everything in retrospect, so it always looks as though everything occurred as they intended. The French plan everything whilst appearing to be having a party, and the Spanish…well, God knows. Anyway, Pelagia is Greek, that’s my point.”

In an age when we constantly strive to be an individual and encourage children to find their own path, and adults their own voice, surely generalizations are less useful than ever. Stereotypes are such an ingrained part of our psyche and language yet we now know that not all Irish people have red hair, freckles and live on potatoes, any more than all French people wear berets and stripy sweaters with garlic necklaces.

If we were to stop using sweeping statements and begin to think about our words and check to see if what we are saying is true, what difference would it make to our conversations?

Would what we say be of more value?

Would it be possible to say less yet say more as a result?

We constantly strive to celebrate our differences and individuality, so how about you stop to think this week who exactly who it is you are talking about when you start your sentence with “Did you hear what they are doing now?”

Lily Tomlin had a lot to tell us when she famously said “I always wanted to be somebody, but now I realize I should have been more specific.”

But Lily didn’t stop there. She took the famous “they” out of the sky and put it into words that make sense when she said “I always wondered why somebody doesn’t do something about that. Then I realized I was somebody.”